„ … cursing leeches and mosquitoes, hacking our tortuous path through twisted green, all of a sudden, the jungle gives way to a glade. the first time in weeks we see the sky, clouds, squint at the sun. as we descend steps of stone that, astoundingly, go all around the clearing, amadeo eagerly points out an idol here and glyphs there, the foot of a pyramid, the sculpted end wall of a ballcourt …“

ulysses ramsbottom, 1882, the lost city of the jaguar goddess

what if the origins of the overgrown hardturm ruins lie in much earlier times than most believe today? what if the alignment of the complex is related to its astronomical purposes? how should we interpret the recent ritual use of the site?

to endorse such reveries with a tangible hypothesis, we erected the reconstruction of a prehistoric solar observatory on the hardturm site. 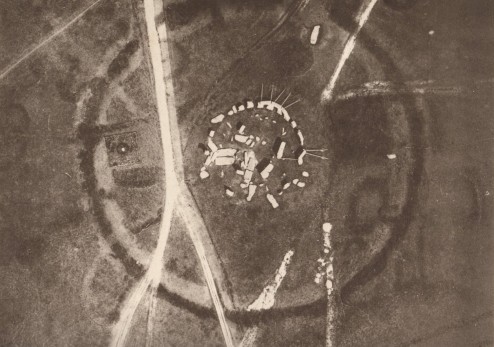 stonehenge in a balloon photograph by ph sharpe (1906)

conceptual model of a circular solar observatory indicating solstices and equinoxes. large stones and stones outside of the circle mark the north-south axis of the structure. scale circa 1: 100, view from SSW (as in the sketch below).

plan of the solar observatory reconstructed on the hardturm ruins (2017).

similar in size to stonehenge (but lighter) the structure consisted of 8 plus 2 floating stones. it could be read both as a solar calendar and as a sundial. mounted on a circle around a central fireplace, each stone indicated the direction of sunrise and sunset on key days in the solar year: equinoxes (spring, autumn) and solstices (winter, summer). the sundial to the south gave the direction of the solar noon (culmination).

8 minutes, 19 seconds was a sequel to unkraut / over your cities grass will grow (and is continued in bleu blanc noir). but it was also about the photographer’s troublesome veneration of the sun: waiting for the light to be right, hoping for the sun to come out, pausing until the sky clouds, climbing a mountain afraid the sun will be too high soon …

trying to examine these troubles i proposed to make portraits. of people and their rituals at sunrise and of saying farewell to the setting sun. more than i hoped for happened: bellydancers holding still, maladroit yoga poses, the last golden sunrays of the day falling on undraped breasts … but the portraits didn’t work out. except one of a bearded man in the rain. 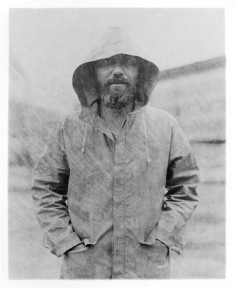 a contribution to the festival living room stadionbrache, edition 2017.