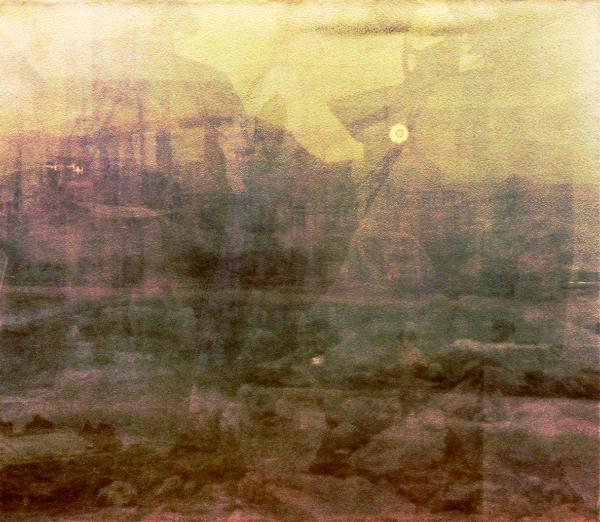 27 exposures on one colour negative. taken over 3 weeks in the region of cantabria (north of spain), august 1983.

suggesting that this early work was inspired by the first colour images sent back from mars (1976, viking 2) or from venus (1982, venera 13) would be a deluding pretension. but might it be a foreboding of later experiments such as les villes invisibles?

rather, at the time, the chagrin when picking up the print(s) was copious. (were there tears of rage?)

it took a few decades to appreciate the result. and there have been few blunders when loading film ever since.